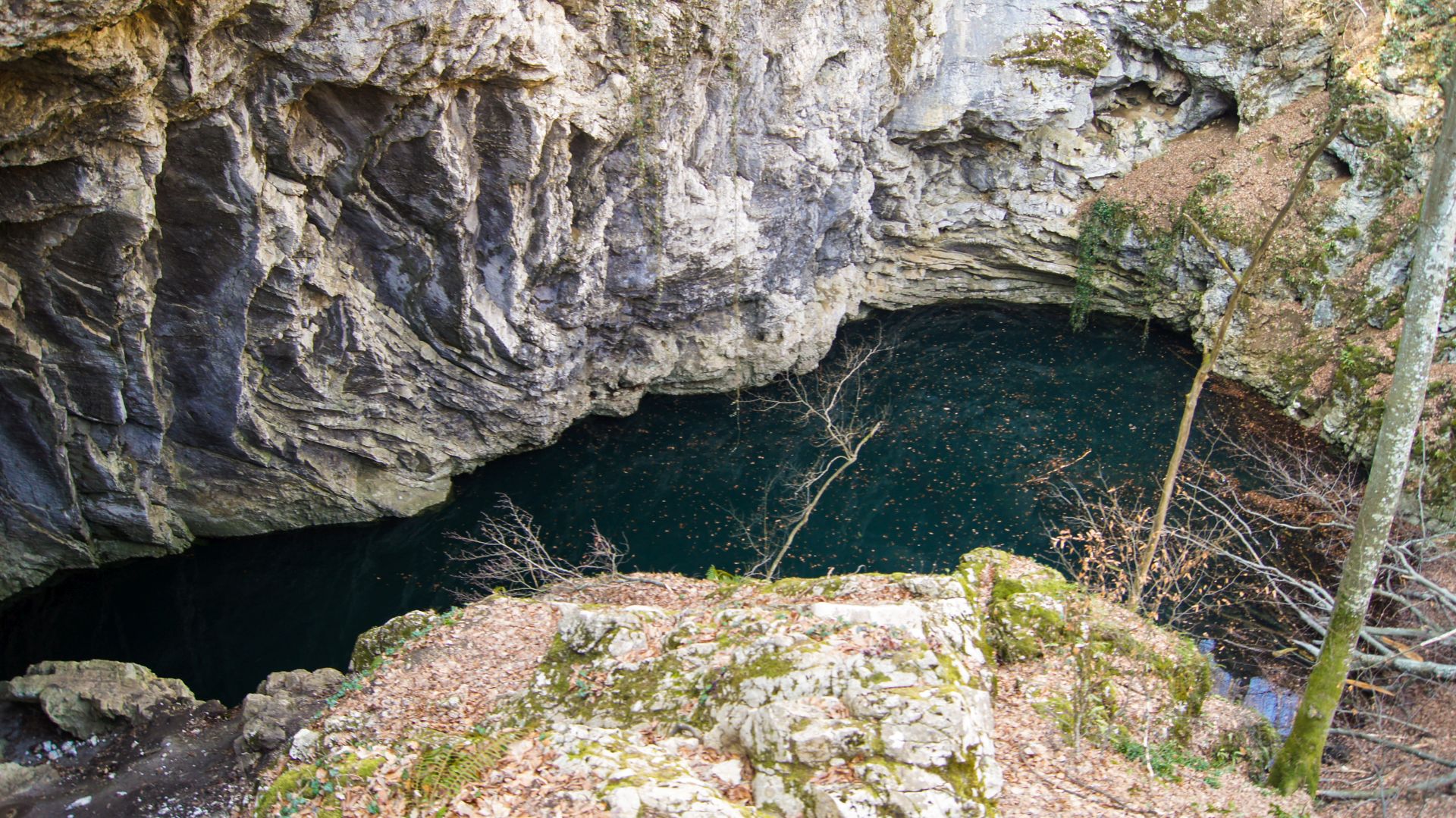 Early March still used to be winter season in my calendar during the past years. However this year I decided to start the spring season early and go to the low mountains in the Banat region to catch the first breath of life in these beautiful landscapes.

Together with Renata we left Timisoara early on Saturday morning and headed to Cheile Nerei (Nera gorges) where we planned to go from Podu Beului (Beu bridge) to Lacul Dracului (Devil’s lake) and back on the same day.

For the first hour the going was quick as the trail turned out to be a forest road that allowed for fast walking, with only the odd stop for taking pictures to the multitude of spring flowers already covering the forest floor.

After about an hour we reached Damian’s lodge, which now lays in ruins and the end of the forest road. From here on the trail starts winding itself on the narrow ledges of the cliffs barring the river’s edges, from time to time making human intervention (tunnels were dug in the limestone cliffs in some places) necessary in order to create a walking track to connect the lower and upper parts of the Nera valley. 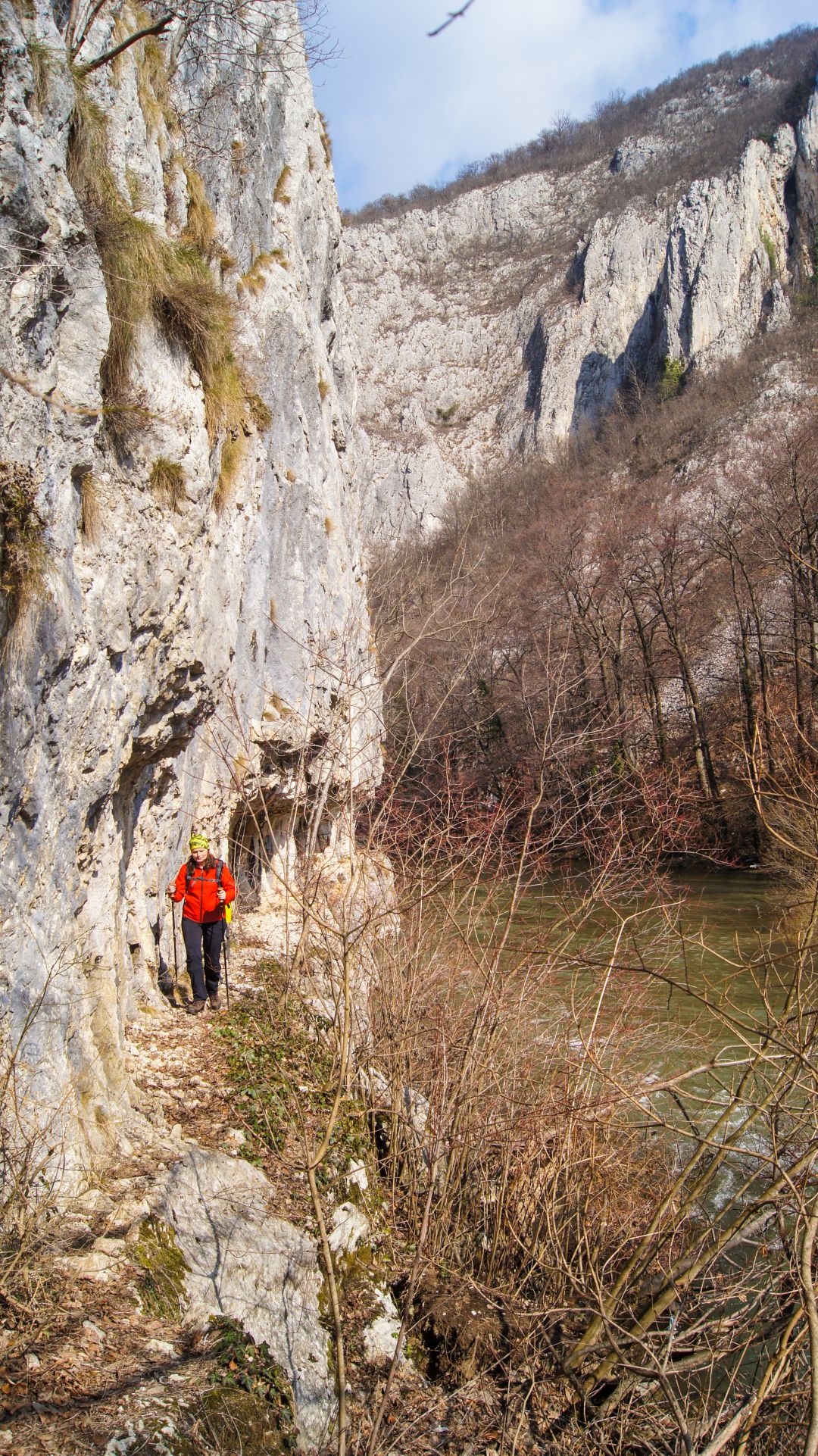 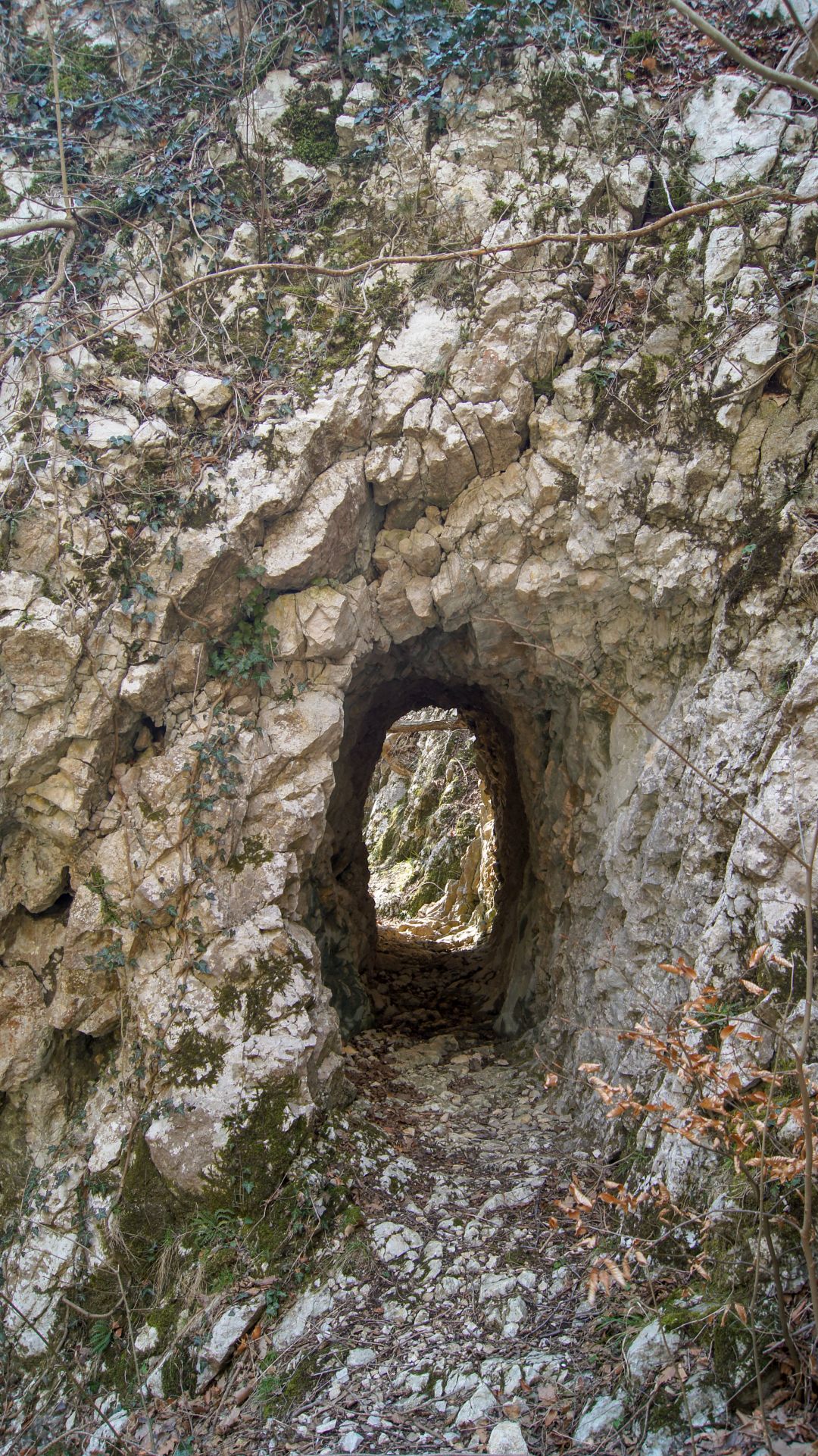 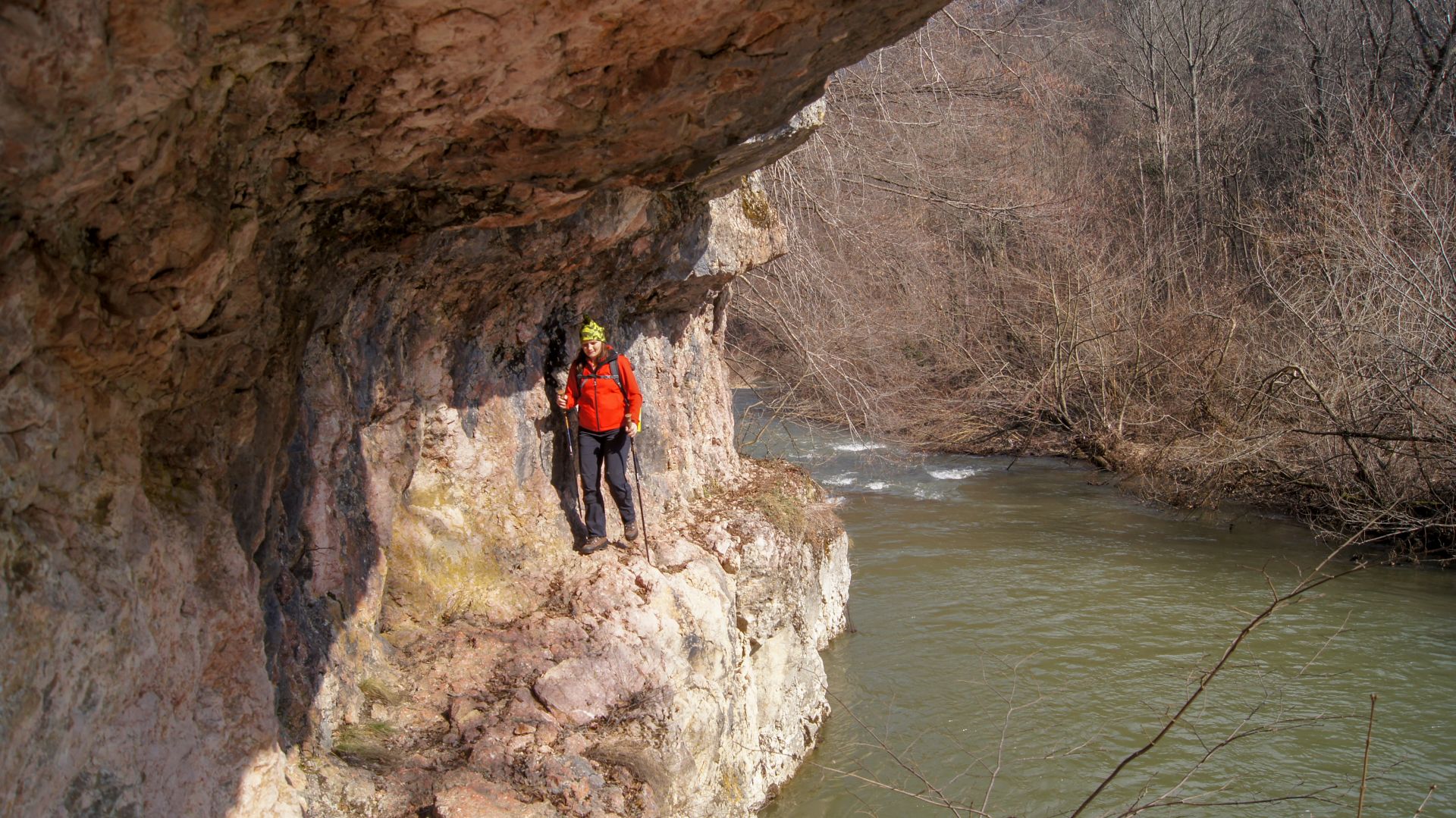 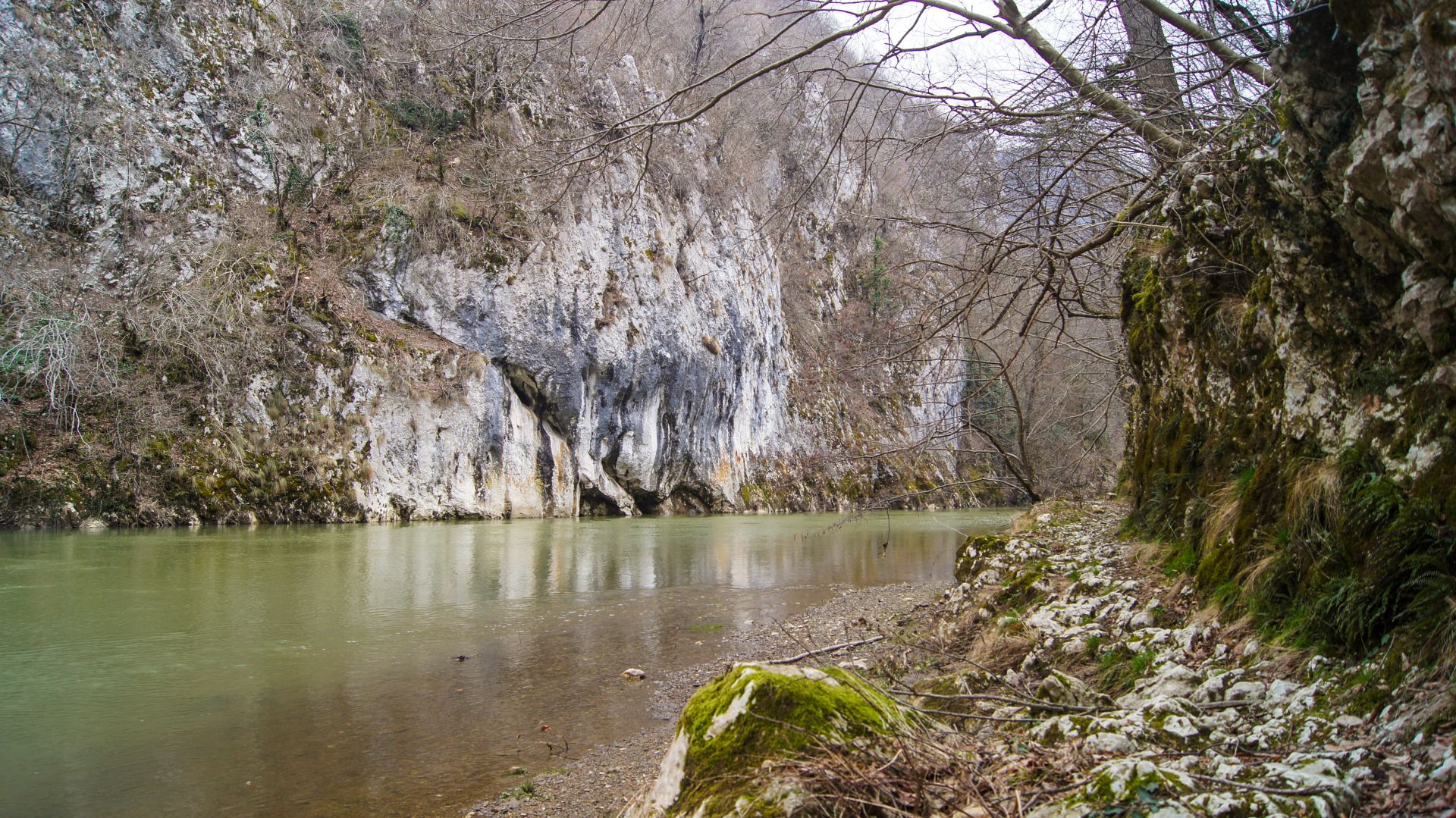 After about 4 hours of narrow trail at the edge of the water and one crossing through the river’s frigid waters we arrived at Devil’s lake, formed in the depression left by the collapse of a cave’s roof.

Returning to Podu Beului can be done either on the same trail, or by a longer (yet easier) trail going to Sasca Romana and through the “tunnels” to Podu Beului.